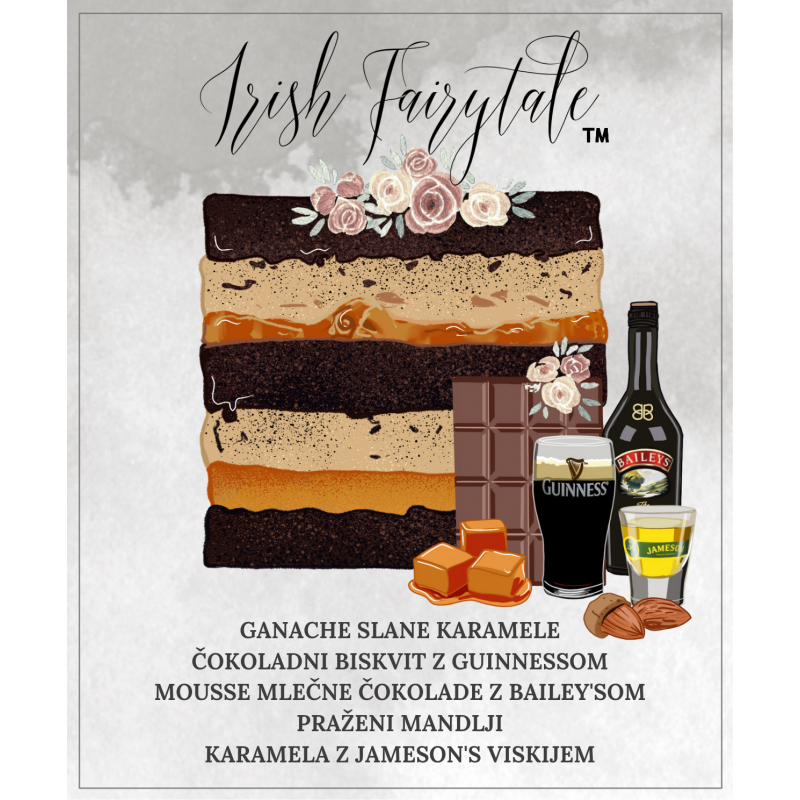 Our first cake made after returning from a trip around the Emerald Island. At that time, I was just starting to bake cakes, but I set myself the biggest mission in life - to create one faking sick cake, simple as that. After countless failed attempts and years of tireless upgrading, I managed to do just that - a faking sick cake called Irish Fairy Tale. It boasts a decadent chocolate biscuit that hides Guinness beer, homemade salty caramel ganache, roasted almonds, milk mousse with Bailey’s liqueur and caramel with Jameson’s whiskey. Enough alcohol? I would say, but no one has been drunk yet because of her. Became a little addicted? That's it, yes :)